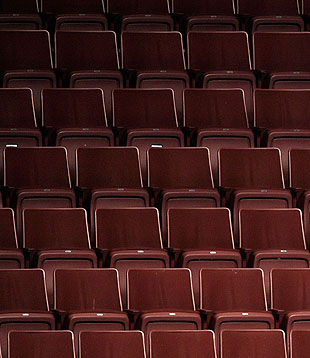 During the 2004 NHL Lockout, the League announced the cancellation of the preseason and home openers on Sept. 20.

One day short of eight years later, the NHL announced that the 2012-13 preseason schedule through Sept. 30 has been scrubbed thanks to the lockout.

That includes the 2012 Kraft Hockeyville preseason game hosted by Stirling-Rawdon, Ont., between the Toronto Maple Leafs and the Columbus Blue Jackets.

The Hockeyville game was set to become the first appearance of the Leafs in the annual event. From the Ottawa Citizen:

"I've been talking about this for a month, what a kick in the pants it is," Mayor Rodney Cooney said on Tuesday. "It is pretty bad. You win it and something like this happens.

Other notable preseason games that are now canceled include ...

• The Frozen Fury game in Las Vegas between the Los Angeles Kings and the Colorado Avalanche at MGM Grand, which would have been the 15th edition of the game.

• The 2012 Baltimore Hockey Classic, between the Washington Capitals and the Columbus Blue Jackets on Sept. 26. Sadly, the official site still has a clock counting down to faceoff.

The Capitals released a statement on the cancellation:

Last year's inaugural Baltimore Hockey Classic, against the Nashville Predators, was a tremendous success as the teams played in front of a sellout crowd of 11,082 fans who witnessed the first professional hockey game played in Baltimore since 1997. The Capitals organization was overwhelmed with the support from the city of Baltimore and our fans in Maryland, and we look forward to bringing this event back to the city in the near future.

• The New Jersey Devils facing the New York Rangers at the Times Union Center in Albany on Sept. 26.

• The Dallas Stars and the Florida Panthers at the AT&T Center in San Antonio on Sept. 29.

Among the games still on the schedule, albeit tenuously: The New York Rangers and Colorado Avalanche in Kansas City on Oct. 6, and the Brooklyn game between the New York Islanders and New Jersey Devils on Oct. 2, although Chris Botta of SBJ writes that its cancellation is imminent.