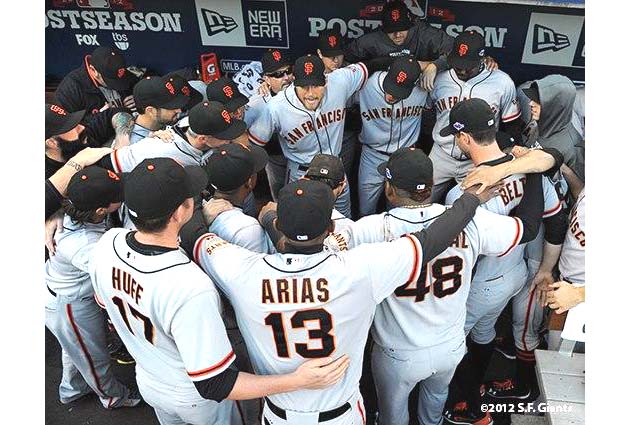 For every motivational speech like the one Hunter Pence made Tuesday night, for every one that worked out where the team ended up winning and the speechmaker looked like a prophet, there are hundreds of failures. Speeches that either fell on deaf ears, or weak bodies or bad luck. For every Knute Rockne, there are hundreds of ... well, exactly. Nobody knows. Their teams lost. And the real cause and effect between a rousing speech and a good performance is impossible to reliably measure.

But here's what we know about Game 3 of the NLDS:

• Pence gave his teammates what witnesses called a passionate pregame speech in the visitor's dugout shortly before the first pitch.

• Pence produced a good game, despite some physical limitations.

• The Giants hung on to beat the Cincinnati Reds 2-1 in 10 innings, staying alive one more day.

What did Pence say? He tried to downplay the content and importance, and his teammates didn't delve too deep into explaining it. CBS Eye on Baseball quoted Jeremy Affeldt as saying:

"get in here, everyone get in here..look into each other eyes..now! look into each others eyes, I want one more day with you, it's the most fun, the best team I have ever been on said the Reverend Hunter Pence. "and no matter what happens, we must not give in, we owe it to each other, play for each other, I need one more day with you guys, I need to see what Theriot will wear tomorrow, I want to play defense behind Vogelsong because he's never been to the playoffs..play for each other not yourself, win each moment, win each inning, it's all we have left"............ 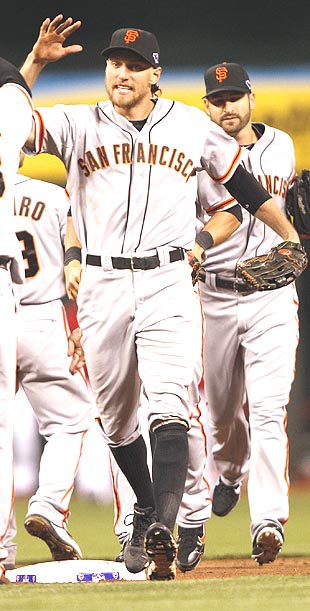 To back up his words, Pence made a great catch in right field and later, after cramping up in the 10th inning, hopped to first after hitting a single through the left side to sustain the winning rally.

And for an old bird such as Flannery, who played in the majors for a long time and was there as a coach when the Giants won the World Series in 2010, Pence's speech will have a special place in his memory:

for me an old coach it moved me like I have never been moved before...purity, real, passion, soul. the last of the holdouts this Pence..no arrows being shot, no hey look at me, no spotlight on me, no dance but "play for each other"...honor the game the game honors you..don't know where and when it ends, but tonight I was proud to be together as a team, in a hostile environment, with just us..brothers that play for the name on the front, not the name on the back.

Cliches for sure. But sometimes cliches work. Or they happen to.