OAKLAND, Calif. (AP) -- James Shields is glad he didn't get traded away from Tampa Bay. He pitched like it, too. 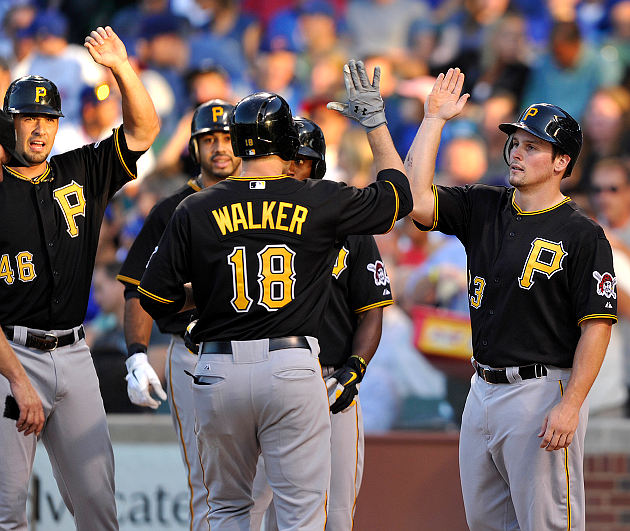 After being traded by the Blue Jays for Brad Lincoln in the wee hours the night before, Snider hopped a flight from Seattle and joined the Pirates on Tuesday for the second of three games at Wrigley Field against the Cubs. Pirates manager Clint Hurdle put him second in the order and played him in right field. Running on adrenaline because of a lack of sleep, Snider singled and later scored, on Neil Walker's grand slam, in his first inning with Pittsburgh. He also made a nice, if adventurous, sliding catch on a fly ball in the fourth inning.

He finished 1 for 4 with a walk in Pittsburgh's 5-0 victory behind A.J. Burnett, who came within four outs of his second career no-hitter before settling for a one-hitter. As for Snider: He made a good first impression. Before the game, Snider said Hurdle told him to "Just go out there and be 'you.' "

Snider being himself, he says, includes a strong work-ethic, learning from his past mistakes so his game improves and, of course, eating. His username on Twitter, the social media microblogging site, is @LunchBoxHero45. (Snider wears No. 23 for the Pirates, but the rest stands.)

"It was a nickname given to me," Snider said. "I like to eat. If you guys follow me on Twitter, you'll see a lot of posts about food. Mostly steaks and red meat. It's something for to have fun with fans and teammates. Something to keep it not only on baseball."

He's also a respected food critic. When reviewing Toronto's best nachos in Post City Magazine in 2009, he said of the beef and chicken-laded nachos at Bishop and the Belcher:

It was a classic moment in carnivorous history. But the Pirates didn't trade for Snider because of his appetite, or even his engaging personality. They need him to produce as they pursue a playoff berth for the first time since 1992.

"We're in a race," Snider said. "It's exciting to be part of a winning ballclub." 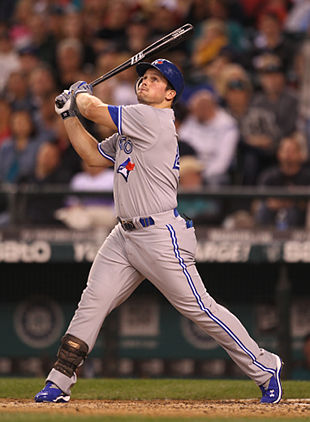 Snider's previous team, the Jays, were in the AL playoff hunt as well (sort of), and he figured to play frequently down the stretch. But things never have gone as expected with Toronto, which promoted Snider as a 20-year-old in 2008 after Baseball America ranked him the No. 6 prospect in the majors. Snider comes to Pittsburgh with a career stat line of .248/.306/.429 with 31 homers and 250 strikeouts in 917 plate appearances. Since '08, he's been to Triple-A and back more times than he'd like to remember.

"I've definitely learned a lot, going up and down, and I've worked hard on some changes mechanically as well as mentally," Snider said, without being too specific. "I got here (to the majors) at 20 years old and it was something to feel good about, but I've also really struggled at times. That's what I went through the last few years."

He came in batting .250 with three homes in 40 plate appearances this season after recovering from an injury. But simply being average will help the Bucs, who have been making their playoff push mostly with pitching, Andrew McCutchen, Pedro Alvarez, Garrett Jones, Walker and several lineup holes. But Pirates' GM Neal Huntington also acquired Snider for tomorrow, hedging a little against this season. In the long run, maybe his deal will turn out like Brian Giles (minus Giles' extraordinary batting eye). Snider hopes this is the place for him.

"It's definitely exciting to have an opportunity to play in October," Snider said. "I'll continue with the mindset I developed the last few years while going up and down: Be prepared every day, go hard and have fun."

And don't forget your lunchbox, filled with any and all kind of meats.

by Fantasy Baseball News - Rotoworld.com in Fantasy Baseball, General
Kris Medlen was tremendous in his first start of the season Tuesday, allowing just one run on four hits in five innings of work in a victory over the Marlins.
Tags: innings, Marlins, mlb, season, start, Victory, work
No Comments Share Read More 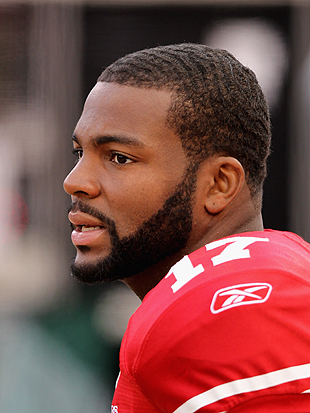 RENTON, Wash. -- It may seem that the Seattle Seahawks under head coach Pete Carroll and general manager John Schneider have built a home for wayward receivers, but that's just the way things have shaken out during the duo's three-year tenure in the Emerald City. Carroll got one solid year out of Mike Williams, his old USC receiver, in 2010 -- two years after Williams has essentially eaten himself out of the NFL. In 2011, Williams was limited by injuries, and though he maintained a mentor relationship with his younger teammates, the end was clearly near.

Williams was recently released, soon after the Seahawks sent a low pick to the Tampa Bay Buccaneers for tight end Kellen Winslow, who found himself on Greg Schiano's bad side. Veteran Antonio Bryant, who played with Winslow in Tampa Bay in 2009, was signed late last weekend after two full year out of the NFL -- yes, very much like Williams. In fact, Bryant took Williams' roster spot.

The next move for the Seahawks was to sign Braylon Edwards to a one-year contract, which they did on Tuesday. Edwards, selected third overall in the 2005 NFL Draft by the Cleveland Browns, had mixed tantalizing potential with frustrating underperformance throughout his career, and that was reflected in his last two seasons. He caught 53 passes for 905 yards and seven touchdowns for the 2010 New York Jets, establishing himself as a legitimate deep threat, but fell far short of that designation for the 2011 San Francisco 49ers. Before a torn meniscus ended his season nine games in, he caught 15 balls for 181 yards and no scores. Anytime you lower your yards-per-catch average by half a first down in a single season (17.1 in 2010; 12.1 in 2011), talk is going to start that you're about done.

Finding himself in a bunch of veteran receivers without current employment that included Williams, Terrell Owens, and a very confused Plaxico Burress, all Edwards could do was to wait for a call. He worked out for the Seahawks last Thursday, and Carroll saw enough to invite him back for training camp.

"I like what they've got going on out here," Edwards said after a Tuesday practice in which he showed that he still has quite a bit left in the tank. "Just walking and talking to these guys. When I came on my interview, it's just a high, positive organization. Just walking around, there's a lot of positivity and you can just see the energy that these guys have. These guys are happy to come out and play for Coach Carroll, they're happy to play for their position coaches, and it seems like they have the team moving in the right direction. That's something that I definitely want to be a part of going into my eighth year." 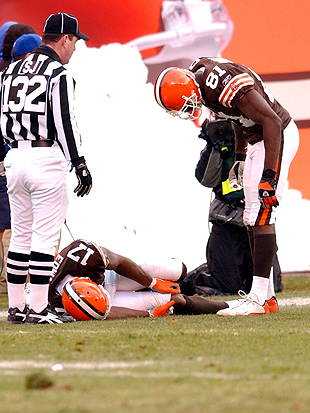 One didn't know what to expect of Edwards after his disappointing 2011, but he made it clear early on that he was ready to establish a physical presence. Asked to run quick five-yard comebacks in 11-on-11 drills, he first beat starting right cornerback Brandon Browner, then starting left cornerback Richard Sherman with the same concept. Seattle's corners are the NFL's most consistently aggressive at the line, and Browner was especially eager to see of the new guy could withstand the push-and-pull. Edwards came through well, showing that he's prepared to mix it up at the line. Any questions about his speed and sometimes inconsistent hands were put to rest later in the practice, when he beat close coverage and brought in a juggling catch on a 25-yard sideline route.

It's early yet, but Edwards may have already shown more than he did in much of last season.

"Braylon worked out really well for us a week ago, so we had him in mind that he might be a guy that could help us if we got a shot to get in there," Carroll said of his ever-changing receiver corps. " He responded to it well, I know he's a great aggressive football player, we watched him play against us last year, early in the season, and he did a very good job against us, and made us think that maybe he might come in here and have a little something competitive left. He's in here to see how far he can take it and we're happy to have him."

More than Bryant, who seems more a gliding receiver ideally suited for patterns over the middle to stump zone coverage, Edwards seems primed to replace the Mike Williams Seattle got at his best two seasons ago -- a player able to get open on intermediate routes and in short areas. From there, just as Williams once did, Edwards has the potential to let his toughness and catch radius take over.

"I don't have any idea what it will work out like, but he's played a lot of football," Carroll said of the man now wearing Williams' old #17 jersey. "He's a tough competitor; he blocks and is aggressive when he gets his chances.  He runs aggressively with the ball in his hands and he's got a big catching range, so there are similarities.  He's wearing 17 out there so it looks a little bit the same, so we will see what happens, we'll see where he fits in.  It's just too early to tell."

Edwards understood the similarities -- he played against the Seahawks twice last year -- but he's trying to establish his own thing.

"I don't quite weigh as much as Mike," Edwards said. "Mike's a little bigger than me. Size and speed; I think that's one thing I bring to the table. That size like Mike, I'm a little bit shorter, but as well as some speed to go with it. Having a positive attitude, just out here trying to have fun with these guys and try to get better."

Interestingly enough, the fact that the Seahawks signed Bryant before Edwards worked in their favor as Edwards circled in on his next ideal situation. The two receivers played together for the Browns in Edwards' rookie season, and Edwards liked the way the Seahawks kept their word.

"Obviously when they signed A.B. (Antonio Bryant) it seemed like that was their decision, that's who they were going to go with, which was a very respectful decision for me outside looking in because of the things that they told him and they lived up to what they told him," Edwards recalled. "I thought that was very honorable and respectful of [Seahawks G.M.] Mr. [John] Schneider. When they doubled back and called me as well, I was already ready to take the offer. Based off of what happened with A.B. and me talking to him I thought it was a good fit upon what I had already saw when I came out to work out."

Between Winslow, Bryant, and Edwards, the Seahawks now have three reclamation projects -- three receivers joined at the hop through professional experience and the desire to prove former employers wrong.

Pete Carroll, who understands more than most the value of a player with a grudge, seems to have wanted it this way all along.

CHICAGO (AP) -- One thought kept crossing A.J. Burnett's mind as he made his dramatic push for a no-hitter.