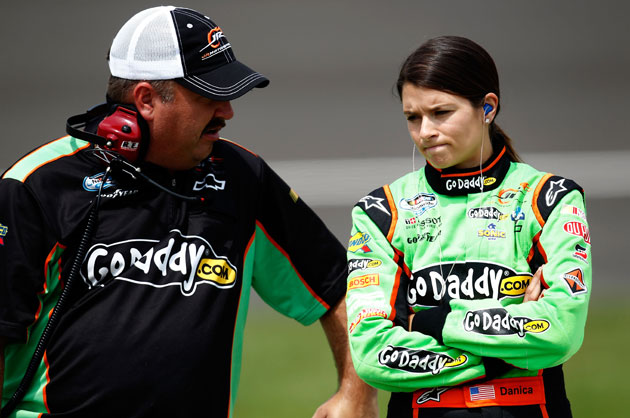 Just over a week after Tony Eury Sr. and JR Motorsports parted ways comes more surprising-but-not-really news: His son, Tony Eury Jr., has also left the company. Eury Jr. was both Danica Patrick's crew chief and a part-owner of the company.

"Unfortunately Tony Jr. is no longer with the company," Dale Earnhardt Jr. said in a statement. "I had hoped he would be here for a long time, but as we've discussed the direction of JR Motorsports moving forward, it was clear our differences in ideas were too vast to overcome.  I love him like a brother, and you'll never hear me say a bad thing about him.  I know he'll have much success in anything he does going forward."

That's got to be tough for Earnhardt, but as the weeks wore on this season, it became clear that something was very off at JR Motorsports. The question, of course, is what. Let's speculate a bit: JR Motorsports revolves around Danica Patrick, and Patrick has, to put it charitably, not exactly lit the track on fire this season. (That's what's called a "softball" for you commenters.)

Could a difference of opinion on Ms. Patrick's value and potential be the cause of the rift between the Earnhardts and the Eurys? It's certainly possible. Tony Eury Sr. said at the time of his departure that the team needs more proven Cup-level drivers, and whatever millions Patrick may generate, she's not yet a proven Cup-level driver.

Regardless, it's a tough day for fans of Earnhardt. Watching the team from this point on without the assistance and advice of the Eurys will be interesting indeed.