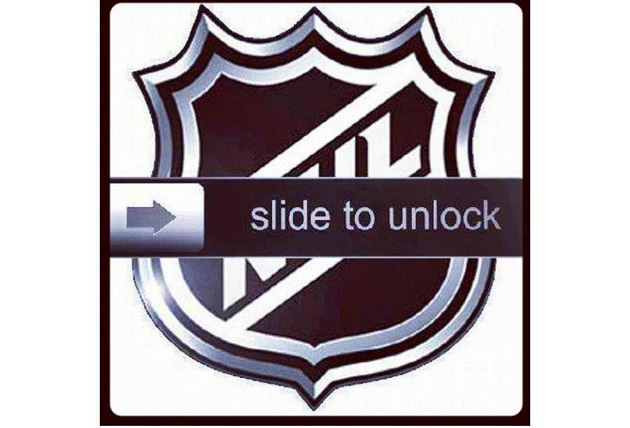 • Alex Ovechkin, upon signing in Russia: "As to the future, it will depend on what kind of conditions there will be in the NHL with the new CBA. If our contracts get slashed, I will have to think whether to return there or not. I won't rule out staying in the KHL, even past this season." [Washington Post]

Ilya Bryzgalov is set to join CKSA in the KHL. But who will take care of his husky while he's gone? [CSN Philly]

• Sidney Crosby's agent, Pat Brisson, was on the Fan 590 Wednesday and he discussed Sidney Crosby playing overseas. One potential snag: it could cost a team up to $400,000 a month to insure a part of his contract. Well, he is a Ferrari. [Chris Johnston]

• The IIHF responds to Dmitri Chesnokov's report that they weren't issuing transfer cards to Nail Yakupov and others. [Oilers Nation]

• Could an NHL lockout actually help the Phoenix Coyotes? [The Hockey Writers]

• Damien Cox, on the fallout between Francois Allaire and the rest of the Leafs' coaching staff: "Randy Carlyle, who had worked with Allaire in Anaheim, gave the goalie coach a list of three conditions he would have to meet if he wanted to return for the 2012-13 season. The list included: working a maximum 17 days a month, including six with the Marlies, rather than being around the team every day; apologizing to the coaches on staff he had offended; and a commitment to teaching a more aggressive goaltending style." [Leafs Nation]

• Another casualty of the lockout: the tiny community of Stirling-Rawdon, Ontario, who won the Kraft Hockeyville challenge and with it the right to host an NHL exhibition game this fall. That game has been cancelled. [Vancouver Sun]

• Save the small-market teams, save the world. [TSN]

• Mike Modano, on the 04-05 lockout: "In hindsight, it wasn't worth it. It was a waste of time. We thought we were stronger than we were. We started falling apart as the months clicked by." [ESPN]

• A lot of teams are cutting their employees' salaries. So far, the Anaheim Ducks aren't one of them. [OC Register]

• The LA Kings are for sale, although to get them, you'll also have to buy the Houston Dynamo. Sorry about that. [Associated Press]

• Brian Falla, the son of legendary backyard rink-builder Jack Falla, on what that backyard rink meant to him. Neat piece. [Backyard Hockey]

• Capamatics: a plan for transitioning to a soft salary cap. [On Goal Analysis]

• Was Ryan O'Reilly snubbed as Colorado Avalanche captain, and did his contract dispute have anything to do with it? [Rant Sports]

• 10 ways for Flyers fans to spend the NHL lockout, featuring suggestions such as: become an NFL replacement ref, since this requires no qualifications whatsoever. [Philly Mag]

• The cause of NHL lockout, explained in graphs. [Canucks Army]

• And finally, here's footage of Max Talbot's super duper totally real not fake at all offseason training regimen, which involves one finger pushups.