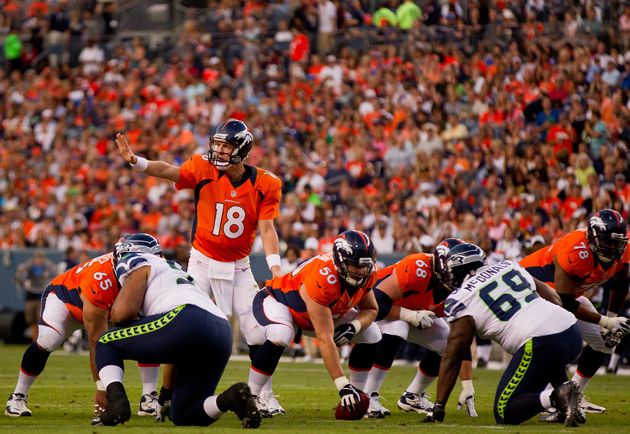 Denver Broncos quarterback Peyton Manning will be without a couple of skill-position players in tonight's game against the Atlanta Falcons.

Third round running back Ronnie Hillman did not appear on the Broncos' injury report this week, but is still not ready to make his NFL debut and will miss a second consecutive game. Also inactive for the Broncos is wide receiver Andre Caldwell, who was signed to a two-year, $1.8 million contract in March but has been unable to crack the 46-man game day roster.

Quarterback Caleb Hanie is also inactive for the Broncos, which means second round pick Brock Osweiler will be the No. 2 behind Manning.

There were not surprises among tonight's inactives for the Falcons. Starting right tackle Tyson Clabo and outside linebacker Sean Weatherspoon, who were both listed as "questionable" on Saturday's injury report, are active and will play on Monday night.