Ball Don’t Lie’s Indispensable Twitter Must-Follows: People Who Are Funnier Than Us 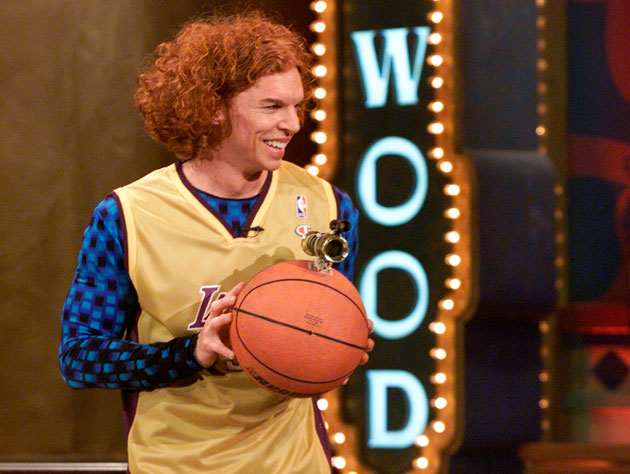 The NBA is currently putting the "off" in its "offseason," which means it is time to recalibrate. Take the Windex to the TV, run your beer helmet through the dishwasher twice, send those retro jerseys to the dry cleaners, and check up on the correct spelling of "haterrrrz." Also, perhaps, update your Twitter follows, in order to make sure you've got everything in place that's needed to stay in touch with the NBA as training camp approaches.

Inspired by Sports Illustrated's initial "Twitter 100" (which will be updated on Wednesday), we've put together a collection of indispensable Twitter NBA must-follows — from Internet types to newspaper giants, cranks and rooters, people with brains bigger than ours, and the slicked-back on-camera folk. In the interest of fair play we've excluded all Yahoo! Sports Twitter accounts from the proceedings; but let's face it, you're definitely already following Adrian Wojnarowski and Marc J. Spears. How would you have known about any trade or signing from the last four years if you weren't?

Following the jump, take a look at our list, as lovingly compiled by the Ball Don't Lie team of Kelly Dwyer, Dan Devine and Eric Freeman. We're sure we've overlooked a few, unintentionally, so we welcome your feedback in the comments or in 140 characters or less. Fly onward, blue birdies …

In the finale of our five-part series, here are some People Who Are Funnier Than Us. All follower counts as of Sept. 16, 2012:

Chelsea Peretti — The Top 2 comedian (David Brenner, in case you were wondering, took top honors) and writer has taken in some deserved dap over the last year for her hilarious back and forth with Indiana Pacers center Roy Hibbert, but her hoop-related Twitter flights go well beyond convos with her All-Star BFF; especially when both Los Angeles teams line up for the playoff stretch. Also, she may have told a member of BDL's Staff that she wishes Phil Jackson could be her father. We all do, Chelsea. We all do.

Chris Gethard — During the season, the talented writer/performer/IFC-adopted comic (who you might remember as the superfan in those ESPN commercials from a couple of years back) tends to tweet about his abusive relationship with the New York Knicks, sharing his boundless love for and frustration with the Broadway bunch in just-about equal measure. He's also made a significant contribution to our beloved Basketball Jones in both written and podcast form. (Note: Gethard is not pictured in his Twitter avatar. That's Wynonna Judd, we've heard, reading Chris' very funny book.)

Dustin Hoffman — Dustin Hoffman is an actor who enjoys playing and practicing the sport of basketball. He was also in 'Billy Bathgate.'

Gregory Popovich -- An actually funny parody account that manages to be so because it, in all likelihood, is really what Gregg Popovich is thinking at any given time. You crusted punk, you.

J. Doug Hatings — Quips and riffs and all sorts of hoop-related ha-ha goodness from this knowledgeable NBA fan. Plug in the follow and forget that you did, then thank us once he cracks you up during a game two months from now. THANK US, because we're really needy.

Joe Mande — A comedian and newly established writer on NBC's 'Parks and Recreation,' Mande knows his hoops and his two-character "OK" tweets are the very model of economy, wit, and precision. The only way you can read them is to either visit his Twitter home page on Twitter dot com, or to follow him. Your move, Twitter.

Mindy Kaling — A busy one, the writer and actress is often at her best when the Lakers make it deep into the playoffs; which is not to say that Kaling's been limping around on Twitter since June of 2010. It just means Kobe has to pass the ball more often.

Netw3rk — Once you've got his Twitter handle memorized, no small feat, you'll be on the fast track toward enjoying the work of possibly the funniest all-around NBA tweeter out there. Also, dog pictures.

Not Walt Frazier — Not Walt Frazier, but you could have fooled us. And watch his hilarious @ replies just to see who the Faux Frazier, through the beauty of alliteration and SAT-level words, puts in his particular popcorn machine.

Russ Bengtson — Your go-to Twitter machine, should you sign for its services. Perhaps the finest compliment we can give Russ is that when some Yahoo!-types were discussing who to include in a scrolling Twitter feed to be posted on front of the NBA page as the Finals and NBA draft moved along, the journo-giant that is Adrian Wojnarowski chimed in to tell anyone who would listen that the feed should consist of Bengtson's tweets, and nobody else's. "Just him," Woj said. So, y'know — follow the guy.

Tom Scharpling — Sometimes, you luck into finding out that someone whose work you truly dig also spends his time taking 140 character shots to the dome of various NBA types. One BDL staffer referred to Tom as "NBA Twitter's funniest curmudgeon," and Tom made our cut by a wide margin over Garry Shandling. Even if Shandling can probably beat Tom, and a whole lot of us, in a game to 11.

Trey Kerby — One of the quickest wits we've ever had the pleasure to have known, not only does Trey provide us with endless laugh out loud moments at The Basketball Jones (that's not slim praise, you're not finishing his work with a wry smile peeking out from the corners), his Twitter account reflects that playful bent that we hope he keeps up. We're just glad he's slumming in the basketball realm. Also, he may have officiated one of our weddings.

Wizznutzz -- The basketball Internet's greatest absurdist project, dedicated to (appropriately) the Washington Wizards. It takes a while to learn their language, but once you do, there are very few things funnier in the world than the Wizznutzz. Save for, perhaps, the SlipNuts.

Read the rest at: Ball Don’t Lie’s Indispensable Twitter Must-Follows: People Who Are Funnier Than Us