ENGLEWOOD, Colo. (AP) -- Peyton Manning says it's going to take him a while to settle into his new digs in Denver after spending 14 years in Indianapolis.

NEW ORLEANS (AP) -- After Jonathan Vilma and seven witnesses testified Thursday that NFL Commissioner Roger Goodell got his facts wrong in the bounty scandal, a federal judge decided against making an immediate ruling on whether the suspended Saints' linebacker could temporarily return to work. 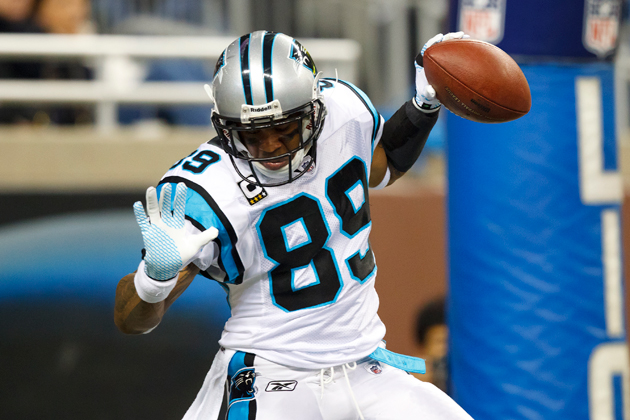 It's been a week since the shooting in a movie theater in Aurora, Colo., that left 12 dead and 58 more injured, and people are still desperate to find ways to help those who found themselves in the middle of that nightmare.

In the first week after the shooting, reports indicate that nearly $2 million has been donated to help the injured victims get through the recovery process, and the families of whose who died. That included donations of time from the Denver Broncos organization -- several Broncos players visited the survivors in their hospital rooms over the last few days.

"We don't know for sure exactly how great the need is, but we know it's great, it's in the millions of dollars," Gov. John Hickenlooper told CBS4 in Denver. "Some of these folks are very, very seriously injured. Some of the deceased victims have children who are going to need resources."

One of the most extraordinary gestures comes from Carolina Panthers receiver Steve Smith, who has no specific connection to the Aurora community, nor to any of those affected. It was announced on Thursday that Smith has pledged to donate $100,000 to ease the burden of those who are carrying on.

"As a father and husband I cannot imagine the pain and suffering the victims are going through,"  Smith said via the team's Facebook and Twitter accounts.

"My family's hearts & prayers are extended to theirs, and I hope this contribution might assist in paying some of the medical bills that will help allow these families to move forward in this tragic circumstance.

"Hopefully this helps a little bit. From one NFL city to another, God bless."

"It amazes me, the generosity that the city has shown to the victims, firefighters, police officers and first responders," Aurora Fire Chief Mike Garcia recently said. "I'm taken aback. I really don't have the words for it."

He's probably even more amazed now, as are we.

If you would like to know how you can help, visit https://givingfirst.org/.

Other popular content on the Yahoo! network:
• Tim Duncan cut his paycheck in half so the Spurs could remain whole
• Cal Ripken's mother found safe in car after abduction at gunpoint
• Heat wave creates potential problem at London's Olympic pool
• Shine: Ten events for your own backyard Olympics

Peterson ready, but will Vikings let him loose? (Yahoo! Sports)

Shanny won’t commit to Hightower as starter – Tim Hightower | WAS