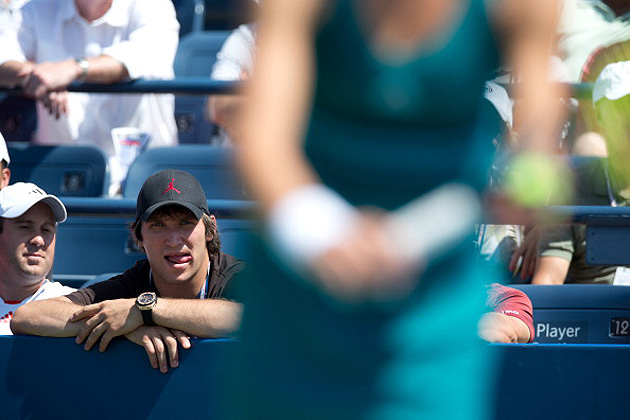 With some of the big names signing in the KHL, Alex Ovechkin is still on the market. Some of us thought that today, Alex Ovechkin's 27th birthday, he would get a nice present in the form of a contract in the KHL.

But nothing has happened yet.

Just recently, his alma mater Dynamo Moscow was making strange noises about not bringing him on board for the lockout. And that's after the club employed Ovechkin as its "official advisor" a couple of years ago even though it is tough to say if the relationship is still ongoing.

Gleb Chistyakov, his Russian agent, said:"CSKA and Dynamo Moscow have interest in us. The negotiations are still ongoing.  And there's nothing concrete that can be disclosed to the newswire."

But one thing is clear: Ovechkin thinks the NHL lockout may take an entire year and if it does, he will spend that year in the KHL.

Said Ovechkin, exclusively to Pavel Lysenkov and Sovietsky Sport: "If the League [NHL] continues to insist on their [demands], then it will take a full year. That's because we are not going to cave in.  Then I will spend the entire season in the KHL. It's an absolute reality."

Where in the KHL would Ovechkin play? Said Matveev:

"First of all, there's a difficult question with insurance.  For players of Ovechkin's level it is about $100k per month.  The insurance company must be established, approved by the NHLPA.  Secondly, of course, there's the contract's substance."

How important it is to play with established players:

"Of course Ovechkin wants to play with good teammates.  But it is not the deciding factor.  I think that the clubs still don't know who they will sign.  Who will tell you now that Datsyuk, Semin and Ovechkin will be on the same team?"

Chistyakov added that he hopes the negotiations won't take long

It's worth remembering that Sergei Fedorov, who played with Ovechkin in Washington, is currently CSKA's general manager.

But the KHL's president says Dynamo has a "moral right" to Ovechkin.

Ovechkin has avoided questions about his future. "I am not yet ready to answer this question," Ovechkin told Dmitry Ponomarenko of Sovetsky Sport. "But I think that you will know everything in a few days. It will all be officially announced."

At the same time, the Washington Capitals captain said that he is yet to decide where he will play.

It is very possible, even more likely than not, that Ovechkin will indeed join CSKA. It is also possible he will be reunited with his old friend from Washington, Alexander Semin there, who also has not yet made up his mind about his lockout future.

And there are more whispers — completely unconfirmed — that Pavel Datsyuk may center that line.

Ovechkin also declined to tell who he is skating and practicing with, citing possible rumors. "I don't want to answer that question, otherwise rumors will start floating around. I will only say that I am not going to drag out the negotiations," he told SovSport. "For me personally the sooner I start the season the better. I fully understand that it will be difficult to adjust at first."

(Ed. Note: A previous version of this post listed Valery Matveev as Ovechkin's Russian agent, as per Izvestiya newspaper. His Russian agent is Gleb Chistyakov.)

Read the rest at: Where will Alex Ovechkin play during NHL lockout? He’s prepared for full KHL season