The Payne Train: The Ethics of Dirtiness 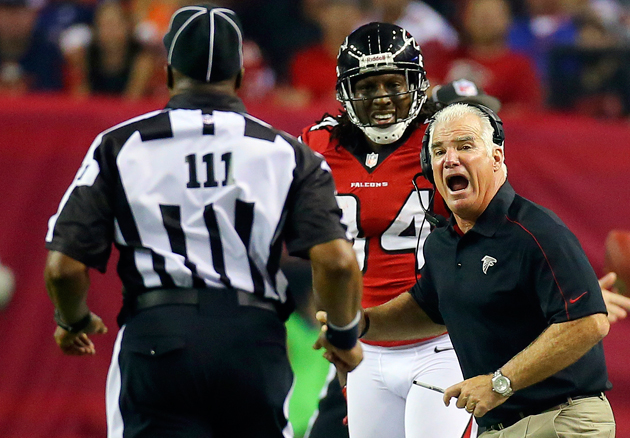 Selected in the fourth round of the 1997 NFL draft by the Jacksonville Jaguars out of Cornell, former NFL defensive lineman Seth Payne played five years for the Jags, and five more for the Houston Texans. Since leaving the game after the 2006 season, Seth has been honing his writing skills, and has proven to be a real treat on Twitter with his football knowledge and wicked sense of humor. He brings both to Shutdown Corner on a regular basis.

The NFL is abuzz with allegations of dirty play, and many point to the replacement officials as the reason.  They claim that the scabs don't have the ability to police the game like they should, and that players are accordingly trying to get away with more.  Frankly, I'm tired of talking about the replacement officials, so instead let's just have a quick chat about dirty play. 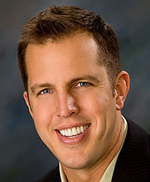 I'm often asked about the dirtiness that occurs at the bottom of a pile, but I don't think it's quite as bad as people envision.  They assume there are all kinds of eye gouging and groin punching, which really isn't the case. In fact, the dirtiest thing I ever did was a complete accident.  I was blindly going after a loose ball in a pile, and here's the chain of thoughts that went through my mind in the course of a 16th of a second: "I want to get to that football, but there are a whole lot of people in the way. Better move some bodies and give one of my teammates a chance to get it.  Let's see, first we better grab and wrench this forearm out of here. That's odd, this is the size and shape of a forearm, but forearms aren't usually flaccid. Wait a minute, that's not a forearm at all."

I had to take a 45-minute postgame shower to wash away the shame.  Not homophobic shame, mind you, but the shame of inadequacy.  Dude was packing heat.  Several weeks later my wife, unaware of the incident, innocently commented about what a good player this guy was.  She got the silent treatment for three days.

Somebody asked me a question about dirty players on the radio the other day and I caught myself making no sense at all while explaining what goes on in a pile, saying, "It's not all that dirty. Sure there's a lot of punching and twisting, but other than that…." So it's not all that clean, either.  I guess my definition of dirty needs some tweaking.

You see, in the game of football, as in motion pictures, one man's dirtiness is another man's art.  Zone blocking schemes, with their emphasis on backside cut blocks, have been labeled by many as dirty.  This may have been true back in the day, when offensive linemen could get away with leg whips and high-low blocks, but rule changes have made them things of the past.

Today's sanitized version of the backside cut is a solo dive at the legs of an unengaged defensive player that leaves the target free to run to the ball if he merely anticipates and shucks the block.  Backside cuts are most effective against defensive linemen that are overaggressive or unaware.  This leads to a lot of great, but inaccurate, postgame accusations of dirtiness by guys that are embarrassed that they spent half their day lying on the turf.

Speaking of cut blocks, I once had a defensive line coach who coached our defensive ends to cut the pulling guard on counter plays.  The reaction from the guards was usually a mixture of anger and disbelief. "How could you!" I could almost hear them yell in a high-pitched voice.  In reality, they used a deeper voice and more colorful language.  I promised I'd make it up to them with a trip to the beauty parlor, but they generally didn't appreciate the irony of an offensive lineman complaining about being cut.  Hypocrisy is an ugly thing, especially from ugly offensive linemen.

A recent allegation of play unbecoming a gentleman occurred at the end of the Giants/Bucs game.  With several seconds left on the clock, the Giants lined up in "victory" formation so Eli Manning could peacefully take the snap, kneel down, and go film a commercial somewhere.  That is generally the way it goes, as the defense concedes defeat.  The Bucs had different plans, however, and fired off the line with the fury of a pack of Long Island teenagers, intent on causing a turnover.

Coach Tom Coughlin was angry, and Eli Manning called it "a little bit of a cheap shot."  I myself have always wondered why more teams don't go all out in trying to foil the taking of a knee.  It just seems that in this most American of sports our policy should be to go down swinging.

I do take issue with the element of surprise in this specific instance.  I always felt that the right thing to do when going all-out against a victory formation was to warn the offensive linemen about it.  I never went hard on a kneel-down at the end of the game, but I always did at the end of the first half.  Quarterbacks have been known to line up in victory and sneak a real play while the defense is standing around, and I felt obligated to discourage such scurrilous behavior.  In those situations there was usually a short conversation that went something like this:

And that was that.

Read the rest at: The Payne Train: The Ethics of Dirtiness