The Juice is nearing the end of its fifth season of fun! Stop by each weekday for an ample serving of news from the action, plus great photos, stats and video highlights.

Rays keep rolling: Evan Longoria hit a go-ahead home run off Brett Myers in the top of the ninth, Fernando Rodney closed it out with a scoreless bottom half of the inning for his 46th save and just like that, the Tampa Bay Rays had their eighth straight victory.It'll be a little while, of course, whether we know if the Rays are able to slip through the smallest of cracks  into the postseason again. But their 3-2 win over the crashing-and-burning Chicago White Sox at U.S. Cellular Field on Thursday night kept Tampa Bay's destiny in its own hands. The Rays are tied with the Angels at 86-70 and both are two games behind Oakland for the second wild-card spot. If Tampa Bay wins the rest of its six remaining games — three against Chicago, three against Baltimore — the worst the Rays can do is tie the Orioles for one of the wild cards.

Interesting note: The 2011 Rays were also 86-70 through 156 games and were two games behind the Boston Red Sox. That team won five of its last six games to complete the comeback and start Boston's descent into also-rans.

Speaking of Sox, the Pale Hose are also only two games out of a playoff spot, but, uh, yeesh. You'd be more likely ketchup on a hot dog at Morrie O'Malley's than a South Sider who's optimistic about the Sox's chances this next week.  Thursday's loss was their eighth in ninth games and the Tigers are finding a way to win the games that the White Sox are not. Detroit was a late 5-4 winner over Kansas City as Doug Fister recorded an American League-record nine straight strikeouts at one point. 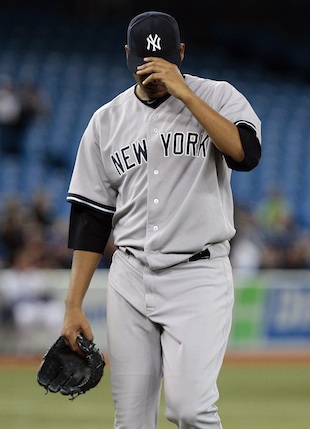 Yankees fall to Toronto: The Orioles might have the A's, Angels and Rays in their rearview mirror, but they don't have time to glance back because they're still right on the bumper of the Yankees. Though Baltimore had an off-day on Thursday, it picked up a half-game on the AL East leaders when Brandon Morrow pitched seven scoreless innings to lift the Blue Jays to a 6-0 win at Rogers Centre. The Yankees are one game ahead of the O's and their worry of the day is again Ivan Nova. The struggling starter gave up four runs over 4 2/3 innings and owns a 7.05 ERA in 11 second-half starts.

Rangers remain resilient: Credit where credit is due goes to Texas, which rode a five-run first inning to a 9-7 victory over Oakland and a split of the big four-game series. The victory restored the Rangers' division lead to its original four games, reduced their magic number to three and gives the team a chance to clinch its third straight  AL West title before it even heads to Oakland on Monday for a season-ending series.

End of the line for Milwaukee?: That looks to be about it for the Brewers, who lost a must-win game when closer John Axford blew a one-run lead with two outs in the ninth inning Cincinnati's  2-1 victory dropped Milwaukee to four games behind St. Louis in the NL wild-card race with six games to play. If this is indeed the end, it's an appropriate one for a Milwaukee squad whose bullpen consistently proved to be its downfall.

Quote of the day

— Detroit Tigers first baseman Prince Fielder who failed in his attempt to tell Fister of his unique achievement.

Photo of the day: Twenty 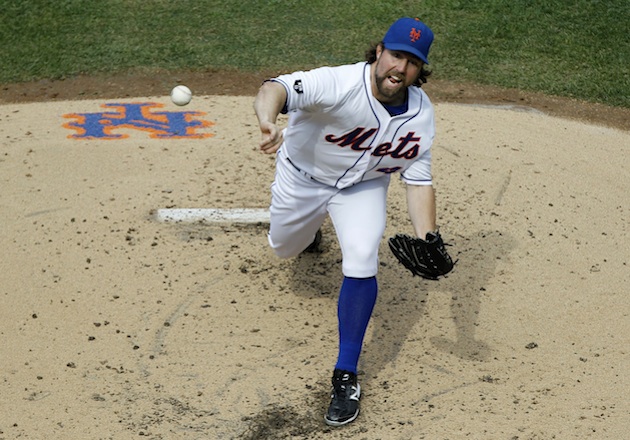 With 13 strikeouts in a 6-5 win over the Pirates, R.A. Dickey became the first knuckleballer to reach 20 wins since the late Joe Niekro did the deed for Houston in 1980. It's a great accomplishment, though Dickey might want to thank David Wright for pushing him over the top. The third baseman's three-run homer in the fifth inning gave the Mets the lead and put Dickey in the position to win the game.

Three facts for the water cooler

• The Rockies  completed a three-game sweep of the Cubs with a 7-5 win and put itself in a good position to avoid the embarrassment of a 100-loss season. The Rockies would have to lose their remaining six games to finish in triple digits. Chicago, meanwhile, sits at 97 losses and needs to go 4-2 to avoid joining the Houston Astros in 100-loss territory.

• Barry Zito earned his 14th win of the season in San Francisco's 7-3 victory over Arizona. It's the most wins that Zito has posted in a season since joining the Giants in 2007.

• Bryce Harper hit his 21st homer of the season in Washington's 7-3 win over Philadelphia and has an outside chance of catching Tony Conigliaro for most home runs hit in a season by a teenager (24).