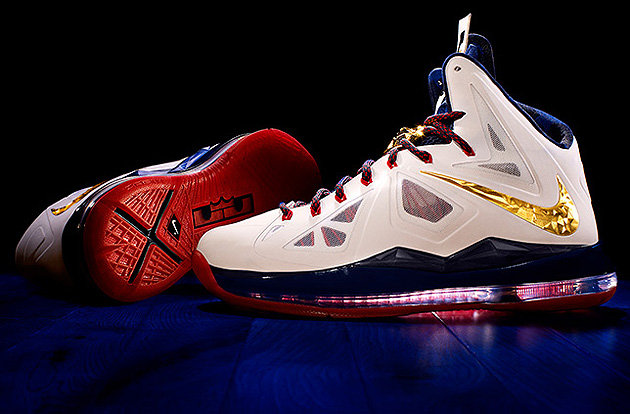 Last month, when Ball Don't Lie's Dan Devine told you about LeBron James' new exorbitantly priced sneakers, quite a few of you took to our comment section to rail against James and Nike for selling shoes that started at $180, moving all the way up to $315 for pairs that were sure to sell out no matter the cost. On top of that, we're sure, some of you possibly brought up the potential for children to be robbed and/or assaulted by thieves attempting to steal such "valuable" shoes. Few of you, we're sure, thought that your comments would eventually lead to the attention of your local police department, and possible arrest.

Then again, none of you apparently made the boneheaded decision to muse on record about killing children, as 21-year old Eric Yee allegedly did, even referencing the tragic movie theater shootings in Aurora, Colo., along the way. Yee is being accused of making his comments underneath an ESPN article of a similar nature, detailing James' new signature shoes, and authorities moved in on Monday to arrest the Yale dropout.

We have no idea how serious Yee's threats really were, but considering his proximity to a local elementary and middle school and the fact that several guns were found at his current residence, it's clear that he could possibly be the LeBron James of poor judgment. From the Associated Press:

An employee at ESPN headquarters in Bristol, Conn., notified local police the same day and they linked the posting to Yee's home in Santa Clarita in northern Los Angeles County. Sheriff's investigators said they were contacted Sunday and began surveillance on the home where Yee, 21, lives with his parents until a search warrant was obtained.

Experts said the bail amount was very high for a person suspected of making terrorist threats.

"To put it in perspective, $1 million is the presumptive bail for murder," said Hanni Fakhoury, an attorney for the Electronic Frontier Foundation and a former federal public defender who is not involved in the case.

For over a decade it's become apparent that an Internet connection and the seeming anonymity that goes with it tends to turn even the weakest of minds and muscles into a snorting web presence that boasts of the ability to take on all comers. Now, you might have to think twice before flexing that imaginary e-muscle.

Again, we don't know if Yee is an example of such — if this was an isolated incident, or the latest in a series of worrying posts that set ESPN off one too many times — but it's worth repeating that the same common sense you might use when bagging your produce at the local supermarket amongst strangers might be also best utilized while pretending to be a tough dude in comment sections that can reach thousands.

Did ESPN overreact? Did the authorities, with that outrageous $1 million bail, overreact? Is this a concerted effort to send a message to comment section kids — be they chatting about sports, entertainers, politics, or Internet memes of all types — using Yee as a scapegoat? Or, as most comment section types write it, "escapegoat?"

Possibly, at least in the early going and before we're privy to the evidence against Yee.

Any movement on this front, though, is a good thing. Violent threats against anyone should be taken seriously, because nearly two decades into this Internet fad (and it is a fad, kids, soon to be eclipsed by virtual reality or whatever the next cool CD-ROM will hold) a bit of responsibility has to be in order for those that get to duck down in front of that laptop and just spew away irrespective of any semblance of tact, poise, and reason.

It's not Big Brother. It's your big brother, slapping you on the back of your head and telling you to stop acting like such a damned punk.

Other popular content on the Yahoo! network:
• Outside the Game: Lamarr Woodley gives back to his Michigan hometown
• Rangers' Josh Hamilton will have many suitors
• Michelle Obama tries to 'Gator Chomp' her way into the University of Florida's heart
• Y! TV: 'Saved by the Bell's' Mr. Belding now a pro wrestler

Read the rest at: ESPN aids authorities in arresting a man accused of making threats against children in a post about LeBron James