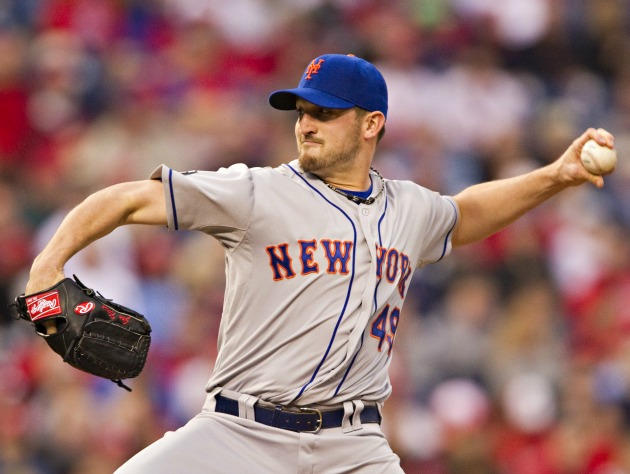 I know what you're thinking, gamer. Was Andy Behrens shut down early? Is he already at his word count for the 2012 MLB season? As it turns out, Behrens just needs to skip a start. He's expected to get some Ryan Zimmerman cortisone over the next day or so, and no visit with Jimmy Andrews will be required. Doc Behrens will be back in the rotation shortly.

Let's get you set up with the double-dips for Week 18.

Hero Sandwich
Johnny Cueto — at MIL, at CHC
Matt Cain — at STL, vs. COL
Yovani Gallardo — vs. CIN, at HOU

Normally I wouldn't put Gallardo anywhere near these other two guys, but that "at Houston" turn shines like a neon light.

It's been a funky year for Niese in the monthly splits. His 1.89 ERA in June belied a 1.20 WHIP, but last month he had a 4.63 ERA despite a 1.00 WHIP, 22 strikeouts and just three walks. He's ranked aggressively this week because that Miami offense is simply dreadful. Also, they say any pitcher with a new nose tends to turn things on about two-thirds of the way into their first season.

Until I actually see Garza on a mound, I'm refusing to make any hard assumptions. Derek Smalls is nodding in agreement. Karstens has an interesting case; his BB/K ratio is around 3/1 everywhere, but he's got messy ratios in seven road turns, as opposed to three superb starts at home. Maybe PNC Park turns him into a sleeper this week.

I've fallen into a couple of Zito starts on the telly lately, and it blows me away that he gets anyone out. The Cardinals have the deepest lineup in the NL, so this figures to get ugly. Pomeranz rarely goes deep in any game and his mates don't hit on the road at all, so those two tasty ballparks still don't push him into relevance. 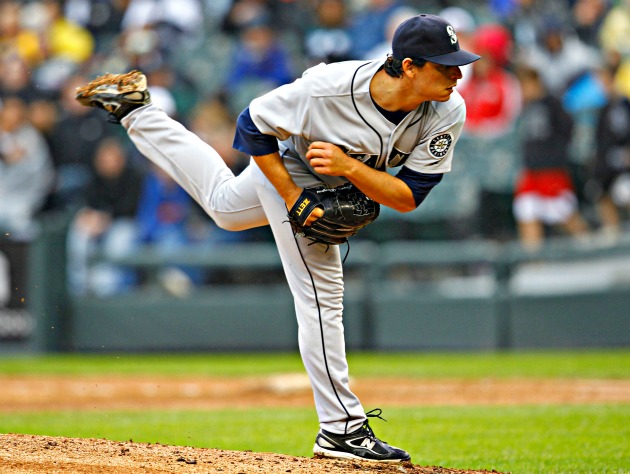 Verlander gets two tricky assignments, but obviously you're dialing him up anywhere in weekly formats. Weaver and Wilson get a nice reprieve after last week's trip to pitcher hell (Weaver, to his credit, posted a sharp line anyway).

Parker's Circle of Trust privileges could be revoked if he continues to struggle.

Bananas Foster
Phil Hughes — at DET, at TOR
Yu Darvish — at BOS, vs. DET
Jon Lester — vs. TEX, at CLE

Three big names, a bunch of tricky assignments. I'm glad I don't own any of these pitchers. You're on your own.

Hasty Pudding
Zach McAllister — vs. MIN, vs. BOS
Scott Diamond — at CLE, vs. TB
Jason Vargas — at BAL, at LAA
Ivan Nova — at DET, at TOR

While Vargas isn't going to the worst hitting parks this week, we can't ignore his road ratios (4.67 ERA, 1.31 WHIP). He's still managed to win eight of his 13 suitcase starts, but I'm not chasing that fluke. I probably trust Nova more than most in a general sense, but that nine-run turn against Baltimore left a mark and he's staring at two terrible matchups here.

Carlos Villanueva has been pushed back a day in the Toronto rotation (thanks to Rolling Meadows, IL for the tippage), which means we see a double-dose of Happ this week. Have fun with that, Rays and Yanks. The Porcello start in Texas has big-number potential as well.

Read the rest at: The user’s guide to two-start pitchers, Week 18