Steelers stop negotiations with Mike Wallace; Tomlin ‘pushes on’ without him 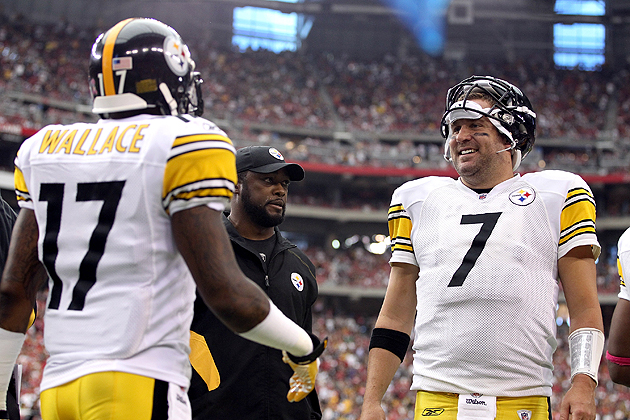 The Pittsburgh Steelers had a run-test on Wednesday as they geared up for their 2012 training camp, but head coach Mike Tomlin had bigger things on his mind than who might not have passed their conditioning exams. It was also announced on Wednesday that the team has cut off negotiations with receiver Mike Wallace, who was given a first-round tag as a restricted free agent.

The tender, which Wallace has refused to sign, would guarantee him $2.72 million and would require any team interested in trading for his services to give up a first-round pick in return. Wallace wants a long-term deal, and though there had been some dialogue and false reports about an imminent agreement, the two sides closed off talks this week.

Tomlin, who signed a three-year contract extension on Tuesday that will keep him in Pittsburgh through the 2016 season, was not amused.

"Obviously Mike Wallace was not here today," he said. "I don't know when he's going to be here. Obviously we have a desire for him to be here. We want him to be a part of this thing both short term and long term. We've been in negotiations with him. He's not here today. It's unfortunate for him. One thing that experience has taught me is that this is bigger than all of us. It's bigger than Mike, it's bigger than me, so I mean that when I say it's unfortunate for him that he's not here.

"This group that is the Pittsburgh Steelers will continue to push on. We'll focus our energies of readying the people who are here and when he shows up, he shows up."

Now, it's a stalemate, because the Steelers have made it clear that they have no intention of continuing negotiations until Wallace shows up.

"I'm less concerned about negotiations from a coach's standpoint,'' Tomlin said. "I want the player here. We've extended a tender to him, of course he hasn't signed it. But I'm focused on the guys here working so I won't focus on him until he gets here." 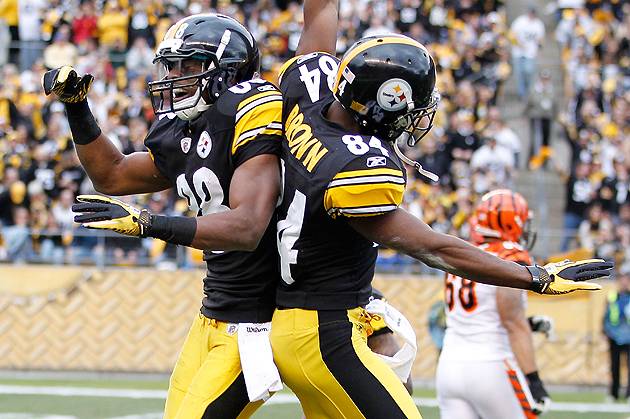 Wallace made the Pro Bowl last season (his third in the NFL), and there's no doubt that he's one of the NFL's most dynamic receivers. But from a value standpoint, he's a bit behind the 8-ball, given the organization's ability to find other speed receivers at a fairly ridiculous rate. They got Wallace in the third round of the 2009 draft from Mississippi, Emmanuel Sanders in the third round of the 2010 draft out of SMU, and Antonio Brown in the sixth round of the same draft out of Central Michigan. Last year, Brown caught 69 passes for 1,108 yards and two touchdowns, which put him right up there in Wallace's rarefied air -- Wallace caught 72 balls for 1,193 yards and eight scores.

The challenge in any extended Wallace holdout is whether Brown or Sanders could fill the role of primary receiver. As the "X-iso" receiver, Wallace is often tasked with taking the defense's best cornerback one-on-one, while the offensive schemes were tailored to provide openings through formation diversity for the other receivers.

"I'm not going to get into the hypotheticals," Tomlin said, when asked if Sanders could possibly usurp Wallace in that position. "What I'm going to do is work with Emmanuel Sanders because  he's here, and be excited about doing it."

The fact that the Steelers have a new offensive coordinator in Todd Haley complicates things, as offensive tackle Max Starks pointed out.

"As far as philosophy and what coach Haley wants to run, I think it's important to get in here at this pace when it's a little bit slower and get adjusted to it, get adjusted to the terminology. That's usually the biggest thing that usually hurts people is coming in to a new type of system with the terminology and everything and thinking that everything's consistent and it's not. I mean, I'm just happy to be here so I can start digesting all of it."

And if Wallace is "malnourished" in the nuances of the program as a result of this impasse, that's something the Steelers will have to address over time.

Read the rest at: Steelers stop negotiations with Mike Wallace; Tomlin ‘pushes on’ without him