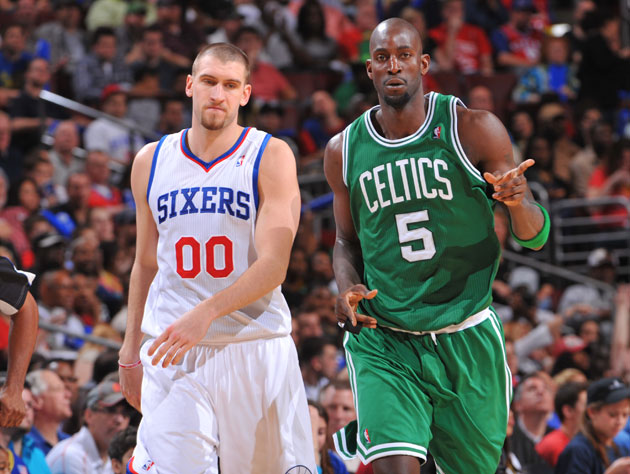 For every postseason matchup, Ball Don't Lie's resident dummy will offer a topically appropriate entry from the best-selling series of "Deep Thoughts" books written by legendary humorist Jack Handey, plus some of his own original thoughts on the playoff series. The combination will cost you literally nothing; we suggest you use the savings to purchase one of Mr. Handey's life-changing books. 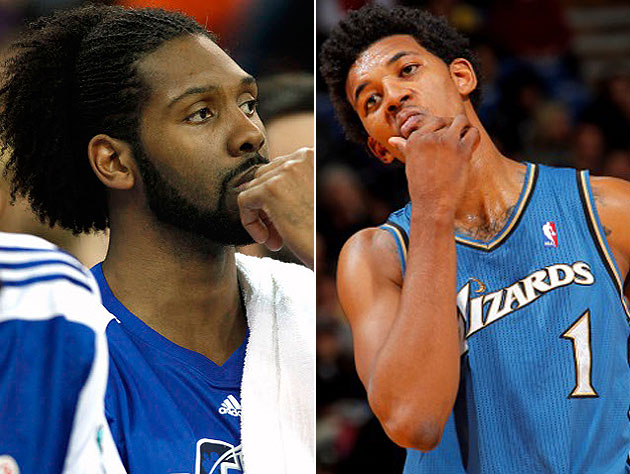 At the risk of getting off on a Hubie Brown foot: OK, we know that the 76ers like to run. They ranked seventh in fast-break points per game this season, according to TeamRankings.com. Transition opportunities accounted for just under 15 percent of their offensive possessions, and they averaged more than one point per transition possession, making it their most productive play type, according to MySynergySports.com.

This, of course, makes sense; flank a speedy point guard like Jrue Holiday with wings like Andre Iguodala, Evan Turner, Lou Williams and Thaddeus Young -- none of whom are excellent shooters, but all of whom can go — and it quickly becomes evident that the most direct path from "What Do I Do With You Guys?" to "We Are Now Scoring Points!" is to press tempo. Despite Philly's predilection toward pushing, I thought they'd struggle to get up and down against a Chicago Bulls team that ranked sixth in transition defense heading into the postseason. The Sixers, however, proved me wrong, using the speed game to pretty good effect in their first-round series win over the East's top seed. They averaged at least one point per possession on transition plays in four of the six games and scored at least 10 fast-break points in every game, including 25 in the series-shifting Game 2 and 21 in the closeout Game 6.

Will Philadelphia continue to emphasize transition chances as a foundational element in a game plan aimed at picking off another higher-seeded team? It'd certainly seem to make sense for coach Doug Collins to try; a quick look at the C's Synergy numbers reveals that, while the Celtics are a top-two team in the league in seven different defensive categories, transition defense isn't one of them. Their mark's still good — 1.14 points allowed per transition possession puts Boston in 11th place among 30 teams — but it's not as good as Chicago's, and Philadelphia was frequently able to find success when it cranked up the pace against that Bulls defense.

It also seems to make a ton of sense in the context of how banged up the Celtics are. Paul Pierce and Mickael Pietrus are nursing ailing knees. Ray Allen, while apparently spry, is lugging fossils around in his ankles. Avery Bradley's shoulder seems to be a persistent threat to pop out of its socket. Kevin Garnett, while playing some of the best ball he's played in Boston, is dealing with a balky hip flexor. If Philly can put the show on speed, get Iggy and Jrue and them out on the break and put some heat on Boston's back, they could put the dinged-up C's in some compromising positions.

And if they can't? Well, then, this'll be a short series. I don't intend to come off as disrespectful to a team that just aced the Bulls, but the matchups that the Sixers just won — some understandably, some stunningly -- all seem to tip more heavily against them in Round 2.

Psyched about how you fared against C.J. Watson and John Lucas III, Jrue? Enjoy guarding Rajon Rondo and being guarded by Avery Bradley. Feeling good about having some breakout offensive performances against an overtaxed reserve frontline, Spencer Hawes? Have fun dealing with KG. Proud of how you limited Luol Deng, Andre? Well, Paul Pierce has two good wrists, plus a history of tearing up good defenders in the postseason.

Boston's defense is good enough to again force a dicey Sixers offense into uncomfortable shots, bad looks and a shooting percentage hovering around 40 percent. Its offense (while admittedly no great shakes for stretches of the Atlanta series) is better than what Philly faced in a Bulls attack without its best shot creator and best frontcourt facilitator. Boston is simply a more talented, more complete version of the team that Philly got past in the opening round.

Boston won't walk over the 76ers — Doug Collins will have his charges ready, Philly's talent is nothing to sneeze at, and Holiday in particular could open some eyes with a strong performance or two against the Rondo/Bradley backcourt — but execution-dependent rockfights have been how the Celtics make their money for years now. They'll weather an early Philly flurry, continue to work their plan and grind the Sixers out in another aesthetically unpleasing series marked by borderline pathological effort. It'll be a certain kind of fun for a certain kind of fan. Especially one who likes wearing kelly green.