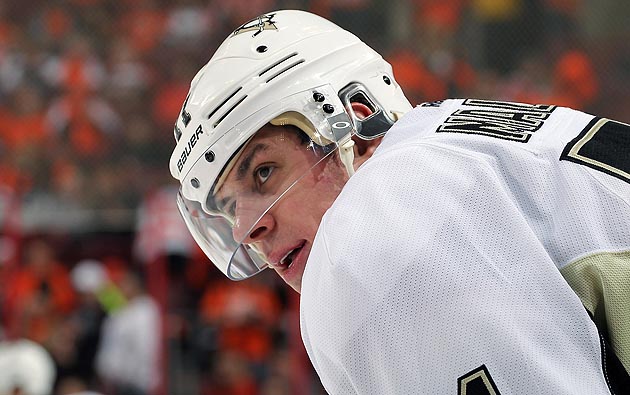 Evgeni Malkin of the Pittsburgh Penguins saw what happened with countryman Alex Radulov and the Nashville Predators this postseason, when he was kept out for two games following a curfew violation.

Would this have happened on another team?

"It all depends on the team. But it is very difficult for me to discuss it because I have not spoken with Radulov and I don't know what is true and what is not. Maybe he was late, maybe he was a bit tipsy. Who knows? It's difficult for me to say anything on the subject," said Malkin to Pavel Lysenkov of SovSport in a recent interview.

"And if this was the case then he was wrong because this was during playoffs and he shouldn't have done that. But at the same time [the media] blows everything out of proportions especially if you cannot find your game and then you're late everything is then intensified in America. If a player is playing well and scoring goals no one cares where he goes and when, people will carry him around with their hands regardless. But if you're not playing late and break team rules then it becomes like a snowball."

Malkin is currently playing with Russia in the IIHF world championships. Here is the rest of Malkin's interview with Pavel Lysenkov, which spans from playoff MVP to Lionel Messi to a beer called "Giroux's Tears." Enjoy.

Q. Dan Bylsma doesn't wait for you in the hotel lobby with a stopwatch during the playoffs, does he?

MALKIN: "No. Look, everyone is a professional. Yes, sometimes it happens when you're late coming back from dinner. But it is not a big deal. Of course if someone is late and accidentally bumps into [Byslma] downstairs he can have a talk. But I have been playing in America for six years now and I have never witnessed anything like that. It doesn't happen with our team. And it happened to Radulov for the first time. I think everyone was on to him primarily due to his play, because he wasn't playing the kind of hockey people were expecting from him."

Who is the hockey equivalent of Lionel Messi?

"For me it is Crosby and Datsyuk. I only see Datsyuk as an opponent. But I can say a lot about Crosby because we are together at practices, I see him in the locker room, I see how he works very hard, how he is dedicated to hockey. And all of his victories, all of his awards came to him through the sweat and very hard work. He is very talented, but the way he works on himself — I don't think I have seen anyone who lives hockey like he does."

Name the oddest thing you were asked to sign your autograph on?

"It has to be a woman's chest. Not a naked chest, but on a T-shirt that was covering it. It happened after the charity game we held last summer. One girl came up to me and asked for an autograph. Of course I was surprised a little bit."

What NHL team did you support when you were a child?

"Of course I had a favorite team. I think this team was the favorite not just for me but for most people. It's the Detroit Red Wings. I even had a red Detroit baseball cap that I wore. I was even wearing it to the draft! I was rooting for the Russian Five. I also really liked Colorado. I really liked Joe Sakic. These were my two favorite teams."

In your opinion, who will win the Conn Smythe Trophy?

"Everything changes so fast in hockey. For example, Claude Giroux played so great in the series against us. And against New Jersey people were saying he wasn't showing the kind of hockey he did against Pittsburgh. It's very tough to maintain the high level. It's difficult for me to say who will win because I haven't followed the latest games very closely.

"But if you break it down by teams, in New Jersey it's probably Kovalchuk who had 7 points I think in the series against Philadelphia. Goaltenders are showing the highest quality of hockey in Los Angeles, for example, same in New York and Holtby in Washington. I think this year it will be a goaltender who takes the Conn Smythe. All games are so close, one goal games. You just don't see the kind of scores we had in the series against Philadelphia. Guys don't get as many points, but goaltenders play great. I think it will be a goaltender who wins the trophy."

Ilya Bryzgalov talked about the pressure he felt in Philadelphia from the media and fans. How can one handle this massive amount of pressure?

"I don't know what to say. I know it is tough and it affects your psyche, first of all. But he should have realized that Philadelphia is just that kind of a city, and it has always been like that. Maybe he could have stayed in Phoenix and it would have been different? I don't know. You can never know what lies ahead. In a career of a hockey player it's important to 'guess a fit' sort of speak and get on the right team, the right coach, the right fans. It's not always what it seems. But you have to get over it. I know that Kovalchuk had some tough times in New Jersey when he first joined the team. It was tough to think that Bryzgalov would go to Philadelphia and they would win the Cup that first year. But they have a great team and will have a real chance to win it next year.

"Bryzgalov signed a long term deal there, which means he will compete for the Cup every year he is in Philadelphia with the squad they have over there. Just get some patience. You can't get anywhere in sports without patience.

"And one more advice: don't read papers and talk less to the media."

What are your thoughts on the fact that there is a sort of beer called Crosby's Tears in Philadelphia?

"[Laughing] What can I say? I don't think I can say anything. This is Philadelphia and they all know how they feel towards Pittsburgh and Crosby. I hope next year we will beat them and come up with our own beer and call it maybe Giroux's Tears."