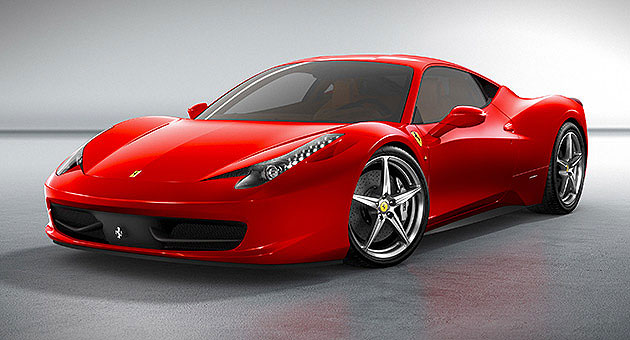 According to the intrepid reporters at TMZ, Kobe Bryant is now the proud owner of a Ferrari 458 Italia, a fancy-and-fast-as-hell "supercar" that officially makes him the coolest guy in school. (Or, at least, the coolest guy on the Los Angeles Lakers bench.)

"We're told the Black Mamba paid $329,000 yesterday for the car ... which he paid for in full with a check," TMZ reported. It was probably a designer Batman check, because Kobe is Batman. (Also: Duh.)

Kobe's new ride "represents one of the largest leaps forward in technology, performance and emissions ever seen from" Ferrari, according to Motor Authority. Its 4.5-liter V-8 engine won the Best Performance Engine category in the 2011 International Engine of the Year competition, so, y'know, this is some kind of engine! Also, 570 horsepower? That would be an awful lot of horses, so that's got to be an awful lot of power.

The folks at Cosby Sweaters point out that Kobe has an endorsement deal with Mercedes — he's also got a deal with Smart — but Bryant's long been known for having a vast, wide-ranging fleet, including a Ferrari F430. (Like it's much of a surprise that Kobe loves Italian stuff.)

Kobe might have gotten taken for a bit of a ride, though — the manufacturer's suggested retail price on the 2012 458 Italia is $230,275. Oh, well. I guess you have to pay a premium for all of those horses.