Jeremy Lin starts for the Knicks, lives in his brother’s living room, ‘has his own couch’ 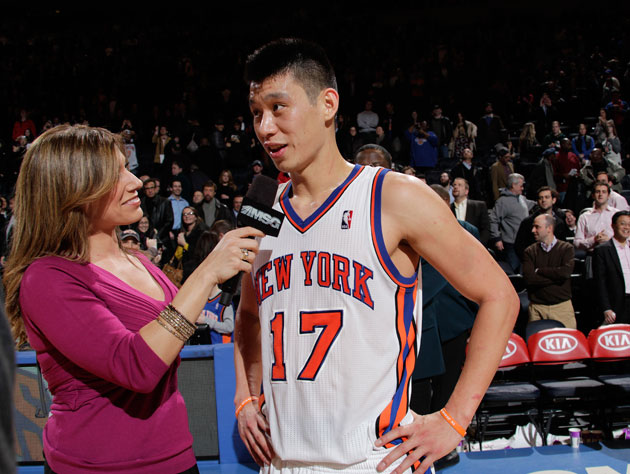 On Monday, we relayed some of the finer moments behind Jeremy Lin's first extended run as point guard of the New York Knicks, complete with a reference in the title to that most-New York of all bands (Bowery excluded), Steely Dan. Now, we find out that Lin appears to be living a pretty New York City'ish existence. Stuck in the boroughs and wondering if he'll make it the year on an unguaranteed contract, without having to sign a lease, the guy has been living on his brother's couch for months. It likely has nothing to do with any sort of financial worries or comfort amongst family after a road trip brings him home just hours before sunrise -- Lin just probably can't find a better place. It's New York City, after all.

His contract, potentially worth nearly $800,000, was not even guaranteed until Tuesday afternoon. So for the past six weeks, Lin, 23, has been sleeping in his brother Josh's living room, waiting for clarity and career security.

"He has his own couch," Josh Lin, a New York University dental student, said cheerfully.

"His own couch?" I don't care if he starts at point guard for the New York dab-nabbin' Knicks. That's a showoff move in the world of Lower East Side real estate. Come on, Jeremy. With your couch. And your bad self.

Lin has played quite well since Knicks coach Mike D'Antoni handed the second-year guard extended minutes, averaging 26.5 points, 7.5 assists, two steals, and (erm) 4.5 turnovers a game in the Knick wins over New Jersey and Utah. But it's obvious that, at this point, he's just showing off. To be able to secure a couch of his own in New York City? That's insanity. Liza Minnelli had to wait decades before getting her own Trundle Bed (and that was only after Peter Allen put in a good word for her). Frank Sinatra couldn't even get a cot until after 'From Here to Eternity' came out, and none of The Ramones ever owned pillows.

Don't cry for Jeremy Lin, as he vaults over the thousands waiting for NYC-area apartments. Just ask his brother if he sublets, when Jeremy is on the road. And then smile as this unlikely, engaging, warming, and NYC note-perfect point guard appears to find his home at last.