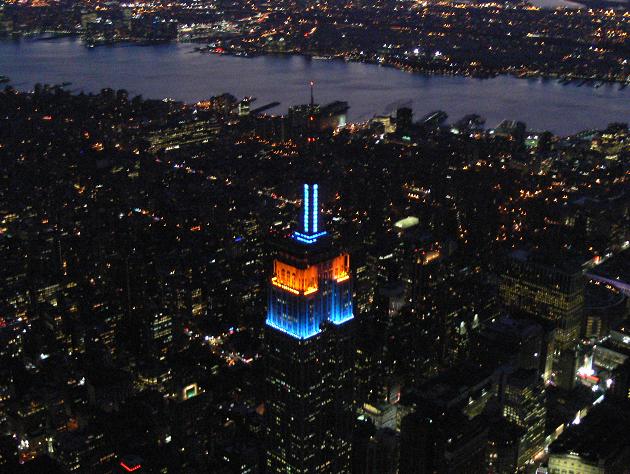 The state of New York paid tribute to the late Gary Carter on Friday evening with a special blue and orange lighting display at the very top of the Empire State Building,

The tribute was announced on the Empire State Building Observatory's twitter page late this afternoon, and when darkness fell over Manhattan, the Mets' blue and orange lit up the sky as a symbol of recognition not only for the Hall of Fame catcher's contributions to the New York Mets organization over his five year stint — which included a World Series Championship in 1986 — but his even bigger and more meaningful contributions to the surrounding area off the field.

Other popular content on Yahoo! Sports:
• Nashville Predators' Stanley Cup pursuit: The future is now
• Pack racing is back at Daytona, and so are the accompanying wrecks
• Yahoo! Sports' pound-for-pound MMA rankings