In case you missed it: F1 driver given suspended sentence for row with team co-owner 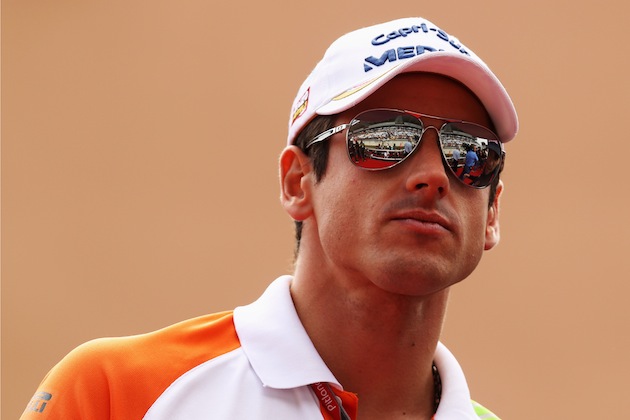 Earlier this week, Formula 1 driver Adrian Sutil was given an 18 month suspended sentence and fined for a nightclub altercation with Lotus co-owner Eric Lux.

And given the circumstances surrounding the sentence, it makes the confrontations that have occurred recently in the Cup Series pretty tame. Sutil and Lux were at a nightclub after the Chinese Grand Prix in April and the two got into an argument.

From Reuters via Eurosport:

Sutil had told the court on the first day of proceedings on Monday that he had repeatedly apologised to Lux and denied it was his intention to hurt him but rather to throw a drink in his face.

The prosecution, however, had asked for a 21-month sentence and a 300,000 euro fine, saying that as a professional athlete Sutil should not have acted that way.

The glass hit Lux in the throat, resulting in 24 stitches to close the resulting wound. Sutil has maintained that the incident was an accident.

Fellow Formula 1 driver Lewis Hamilton was also at the nightclub when the incident happened, and didn't testify in the trial, citing previous commitments with his McLaren team.

For that, Sutil called Hamilton a "coward."

In other F1 news, the week has been filled with the reveals of the 2012 cars, with the most (negative or otherwise) reception given to the 2012 Ferrari. For more pictures of 2012 cars, head over to Yahoo! Eurosport.