by 'Duk in Fantasy Baseball, General 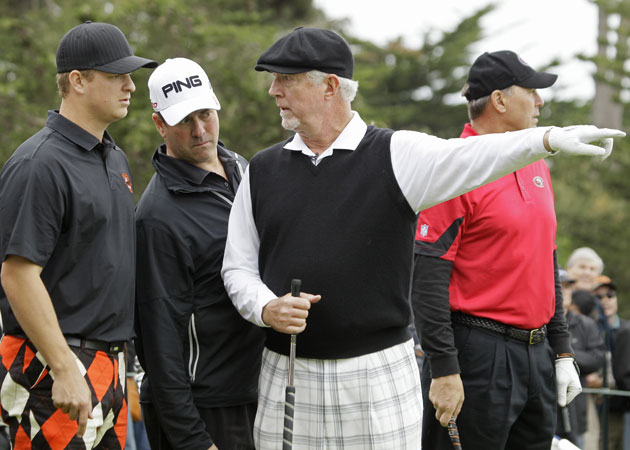 For the second straight season, Matt Cain will be the only baseball figure to play in this weekend's AT&T Pebble Beach National Pro-Am. The San Francisco Giants pitcher has a helluva drive, uncorking a 330-yard blast on the course's famous 18th hole during Tuesday's charity shootout with a few other members of the Giants franchise.

Cain and team broadcaster Mike Krukow, however, turned the most heads with their slacks selection. Cain donned a pair of black-and-orange argyle while Krukow went with some straight plaid. Will Clark, meanwhile, wonders why he didn't get the memo.

So have at it, amateur Internet copy editors of the world. How should this caption read?

Follow the jump for winners from the last C-a-C, featuring Super Youk:

Youk shows up to the Super Bowl, gets ComicCon instead 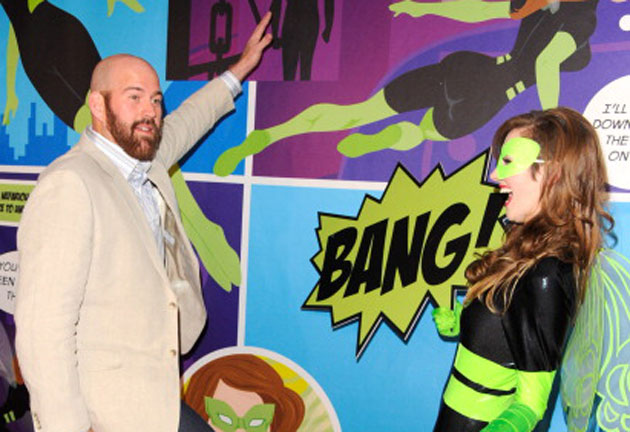 1st — Mulvi. "You know I got my batting stance from an issue of Daredevil, right?"

3rd — Al. "So that's what Flo from Progressive does in her spare time."